(Based on 78 Client Reviews)

David is outstanding. I don't know what we would've done without him. Because of his expertise and knowledge my son was able to gain rightful custody of his two-year-old daughter f... read more

Great experience with Mr David he was very helpful, very knowledgeable and honest!! Highly recommended!!! Again thank you so much for all the help. ... read more

Can I annul my marriage rather than getting a divorce in Florida?

No, you cannot. Although the two proceedings sever a marriage, they are not alike and cannot be used as a substitute for the other. The court procedure and end-effect of a divorce are vastly different from an annulment. Simply put, a divorce is a court declaration that a marriage existed, has come to an end, with provisions for support, property division, child custody, alimony, and child support. An annulment is based on a claim that the marriage was a sham, was fraudulent in some way, or because of some type of compelling circumstance the marriage was never real. There are practicalities to an annulment case in Florida, such as the necessity of parenting decisions if there is a minor child of the annulled marriage. Sometimes the court has to also deal with the division of property. But at its heart, a marriage that is annulled has been declared by the court is determined to be illegitimate and non-existent.

For divorce assistance, contact the Divorce Attorney Tampa for your Free Consultation at (813) 336-3616.

(Based on 78 Client Reviews)

He went above and beyond and did everything he could to ensure a great outcome. 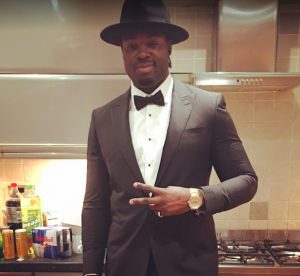 David fought hard for me. He went above and beyond and did everything he could to ensure a great outcome. Communication during the months leading up to the court hearing was excell... read more

He fought for me like it was his own case.

Mr. Hurvitz was an outstanding Lawyer. The lawyer that any men need. This is not about money only, but he is about compassion as well, and that what surprises me. He listen a lot, ... read more

If you have any questions or comments please fill out the following form and one of our representatives will contact you as soon as possible.